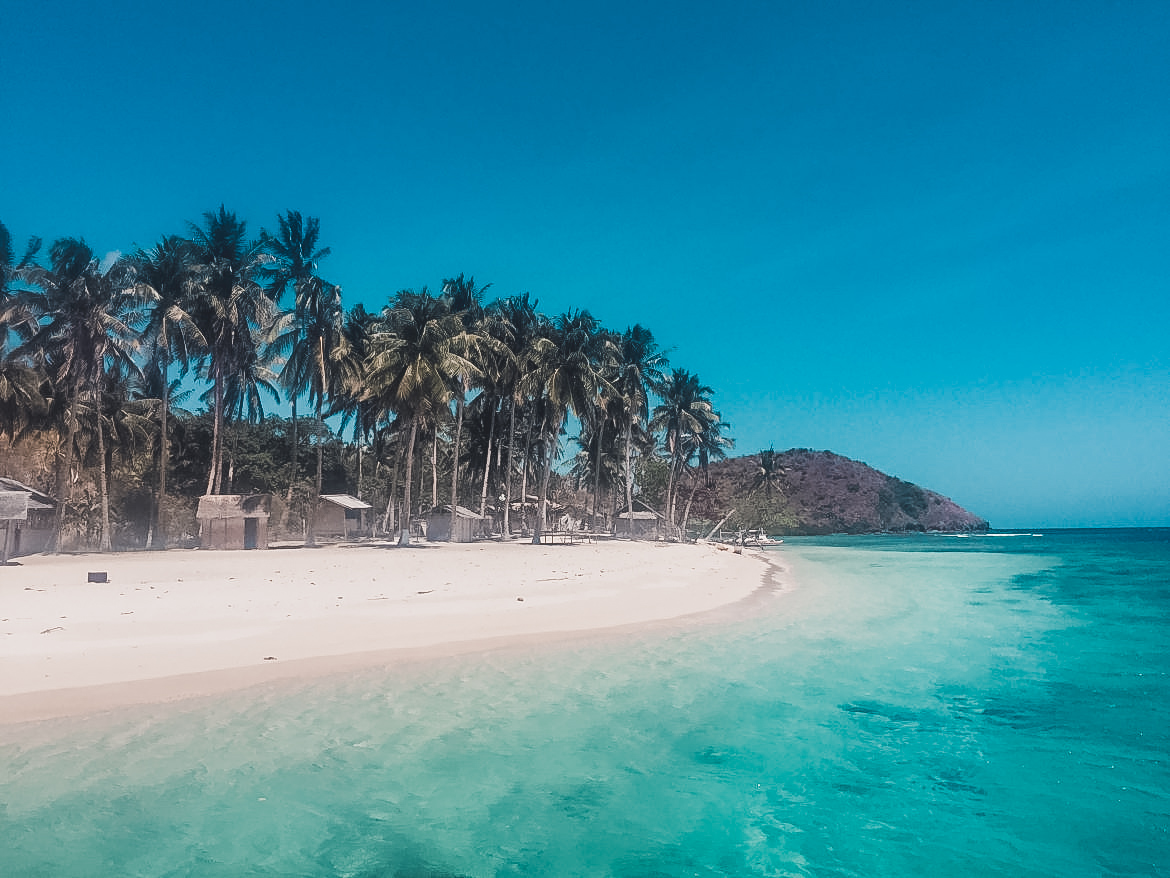 Are you ready to go on an adventure in the Philippines? Do you want to experience the beauty of the Philippines off the beaten track? Are you willing to do so even if that means sleeping in tents and showering with a bucket? I really hope you’ve answered “yes” to those previous questions. Because I’ve recently spent three days aboard the Buhay Isla boat going from El Nido to Coron. And it has been one of the best experiences of my travels so far. Let me convince you to do the same by giving you my Buhay Isla Tour review – what to expect.

Disclaimer: I have no affiliation whatsoever with Buhay Isla – just honestly telling you about the great time I’ve had with them.

There are multiple companies doing multi-day tours from El Nido to Coron and the other way around. The best-known ones are probably Tao Expeditions, El Nido Paradise, and Buhay Isla. I had decided on doing a 3D/2N trip and Buhay Isla seemed to be the best fit for me. Let me tell you about my experience on board. Spoiler alert: I loved it.

My group for the trip consisted of fifteen people. I thought this was a great group size as you actually get to know everyone. To give you a rough idea of what kind of people might be in your group, I’ll give you an overview of the people I was on a tour with. There were two other solo travelers, one pair of friends, two sisters traveling together, and four couples. They came from Germany, England, the Netherlands, Czech Republic, Canada, the States, and France.

Nine of us were in our twenties, one couple 40+. At the end of the day, age is just a number though (as you probably know if you’ve ever traveled before) and I honestly got along well with everyone. I was super lucky with my group, there was no one I wouldn’t spend time with again and I actually ended up traveling around the Philippines with two of them for a little while.

The Crew on your Buhay Isla Tour

Also very important for your trip will be the crew. Again, I got really lucky. Mango and Gelo who were mainly responsible for us were great fun, always helpful and I’ve had some good conversations with them. The rest of the crew included the cooks (more on food later) and the crew members responsible for the boat. Everyone was always nice, and one of the boat guys even gave a shell necklace to me that I’ve been wearing ever since.

The crew was so amazing that we went out with them to a karaoke bar the night we arrived in Coron.

In my opinion, the boat had the perfect size for our group. In addition to the main sitting area where we had lunch and snacks, you could sit at the front of the boat. Furthermore, there was a sundeck at the top where I spent most of my time, to be honest. The difference to most day tour boats is that this one also has a toilet which is definitely helpful as we were sometimes driving for up to three hours to the next spot.

The Food on the Buhay Isla Tour

As promised, I’ll tell you a little bit more about the food we had on our Buhay Isla Tour. With two cooks coming along with us, the food definitely was better than the food you get on day tours. Buhay Isla Tour includes two breakfasts, three lunches, two dinners, and multiple snacks. There is always a variety of food so there’ll be something for everyone.

However, as a vegan, you’ll mainly stick to rice and veggies (we did get some noodles on our second night though). There’s plenty of fresh fruits as well, so I was happy. My favorite dish was the snack we got on our first day. Sweet spring rolls filled with banana – so delicious!

The Activities on the Buhay Isla Tour

Let’s talk about what you probably came here for – what are you going to do during your three days on the Buhay Isla tour? The itinerary can change due to weather or how crowded places are but this is what we did:

Tip: If you’d like to stay up to date with my travels, consider following my Instagram. I usually take you along with me on my stories.

We started off our tour with snorkeling at Cadlao Lagoon. Next stop was Robinson’s Place, a nice beach we had all to ourselves. Then, we went to sunbath at popular Nacpan Beach before going to Paro Paro (Butterfly) Island where we spent the first night. There, we had an incredible sunset.

Our first destination was Tacling Island, a very small island with a beautiful beach we – again – had all to ourselves. At Malica Island, we walked around on the extremely white sand and marveled at some nice rock formations. There were some other people there but it was still quite a remote place. Cagdanao Island was probably my favorite spot for snorkeling – there were just so many different fish. Unfortunately, there were also a lot of jellyfish which is why I still didn’t stay underwater for too long. Before going to our base camp for the second night, we visited Bulawit Village, met some of the locals, and some of us played basketball.

Our last day started with some cliff jumping from eight meters. There were a few other boats there. The next stop was probably the most beautiful we’ve been to. That’s what postcards are made of. Snorkeling there was also really nice. Unfortunately, we had to skip our last stop, the Sand Bar, but after all the beauty we’ve experienced during our three days I can’t complain!

The best thing about doing Buhay Isla Tour was definitely that we got to experience some incredible places with no one else around. That just made everything even more special.

If you plan on joining the Buhay Isla Tour, you can’t expect luxury. Rather, you’ll go back to basics with buckets as showers and sleeping in tents. But I wouldn’t have wanted it any other way. In addition, our accommodations were still very comfortable. The first night, we slept in tents, the second night we had very cute huts.

The only thing that I’d like to mention is that I don’t know what it is like when there are a lot of solo travelers. In the huts, you are required to not only share a room but also a mattress. I met Emily, a very nice girl from England, and we didn’t mind sharing a mattress but depending on who is on your trip, that might be an issue. They do have quite a few huts though.

The Price of a Buhay Isla Tour

Buhay Isla Tour costs 15500 Pesos (260€) for three days and two nights. That includes the before mentioned meals, free water, accommodation, masks, and snorkels. In my opinion, the tour was worth every cent. Just getting to experience these remote places was a very special memory for me.

As you might have figured out by now, if you ever find yourself in the Philippines, I would 100% recommend doing Buhay Isla Tour. Even after six months of traveling, I still had many moments that took my breath away. If you have any further questions, don’t hesitate to let me know. Have you done something similar before? I’d love to hear about your experience!

If you are into group tours and adventures like this, find out why you should go on a Where’s Mollie Global Travellers adventure. Also, traveling with Kiwi Experience might be perfect for you, therefore check out my favorite activities with Kiwi Experience and where to stay longer. Here, you’ll find the best Great Ocean Road day tour.

My Favorite Walks in New Zealand

Your Travel Guide to Moalboal

Vegan in the Philippines

Kiwi Experience – Where to Stay Longer

Was alcohol included in the price?

I don’t quite remember because I don’t drink. But I’m pretty sure that it wasn’t included and there is no way to buy any once on the trip except for maybe the stop at Nacpan Beach. Some of the other guests brought their own alcohol though!

Loved it!! Gonna do it soon too!
Thanks for sharing!

I’m so excited for you! I hope you have an amazing time!
Tag me/let me know your Instagram (if you have one), I’d love to follow along!! 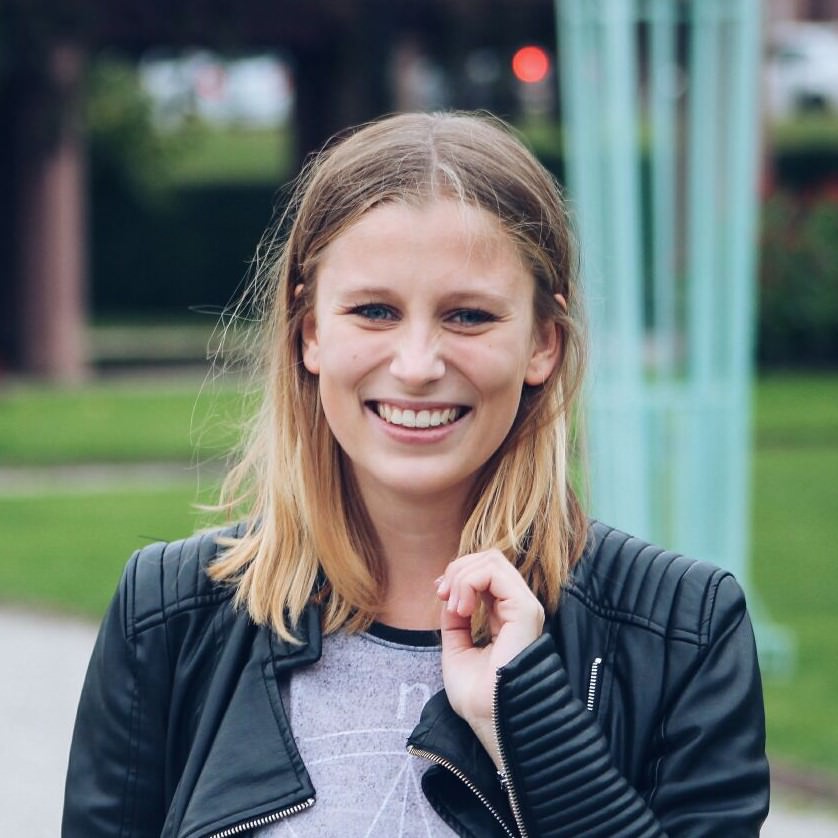 My name is Katja. When traveling the world for nine months in between my Bachelor's and Master's degree, I got bitten by the travel bug. I've been trying to squeeze in as many trips as possible ever since. Join me on my adventures!